Hotel Council Aotearoa (HCA) is a united organisation with a broad-based membership encompassing hotel owners, general managers operators/brand companies, consultants, academics, advisors and other organisations and individuals who have a close professional connection with the hotel industry. 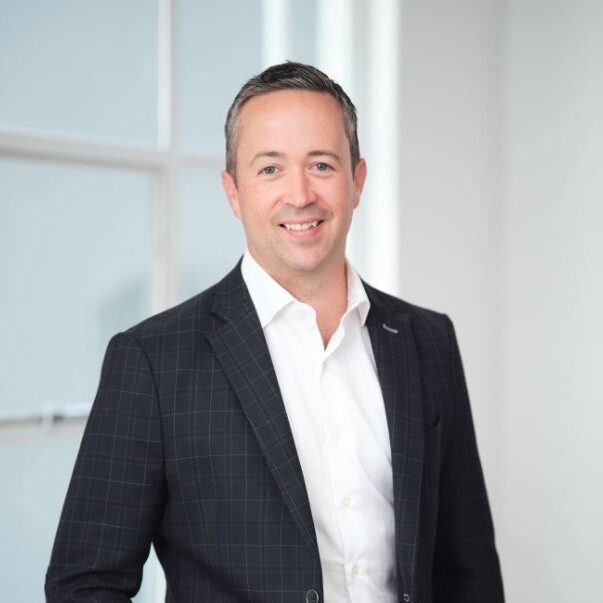 James has recently returned to New Zealand after 13 years in Hong Kong including 10 years at Marriott International where he was Regional VP Hotel Development responsible for new growth across multiple brands in Australia, New Zealand, the Pacific Islands, Vietnam and Thailand. Prior to joining Marriott James practised as a corporate lawyer with Bell Gully in Auckland and Norton Rose in Hong Kong. He is also principal of boutique hospitality consultancy, Fantail Advisory. 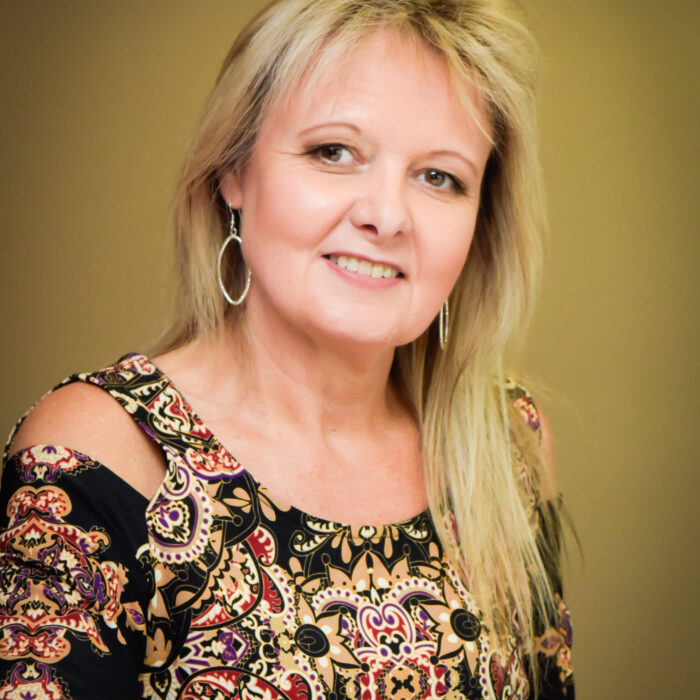 As Executive Chair of Scenic Hotel Group, Lani works closely with her extended team to oversee the operation of the company’s 18 hotels throughout New Zealand and the Pacific, and its Corporate Support Office in Christchurch.

Scenic Hotel Group represents New Zealand’s largest privately owned and operated hotel business with a network of hotels in both metropolitan cities and provincial centres, as well as tourist markets in New Zealand and the Pacific.

Lani’s career with Scenic Hotel Group began in 1987 when she was employed as a financial controller. Today she sits at the top table, assisted by the company’s Board of Directors, overseeing the Group’s strategic direction and growth prospects.

Lani is passionate about tourism as well as Scenic Hotel Group’s involvement in local communities and is a very active philanthropist, continuing the legacy established by her late husband Earl Hagaman. Lani is the current chair of the Helen Anderson trust – a centre that provides support for people aged 18 and up with mental and physical disability. 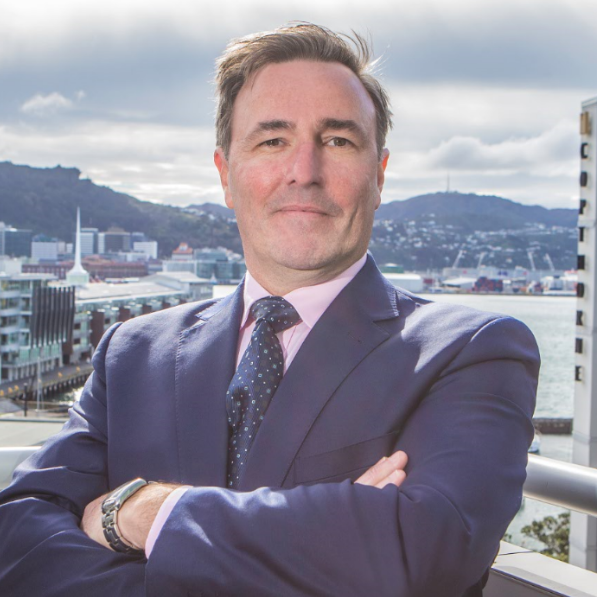 Vice President Operations Millennium & Copthorne Hotels New Zealand
Ken is Vice President Operations for Millennium & Copthorne Hotels New Zealand (MCK) leading operation of the group’s 19 owned and managed hotels throughout New Zealand.
He has worked for MCK in various managerial and operational roles over the past 24 years in Auckland, Queenstown, Christchurch and Wellington. Prior to taking up his current role in April this year, Ken was General Manager of MCK’s Grand Millennium Auckland, the largest hotel in New Zealand, a position he held for three years.
Born in Glasgow, Scotland, Ken holds an Honours degree in economics from Stirling University and has previously worked for MacDonald hotels in the UK.
He has an established reputation as a customer and sales focused hotel manager. 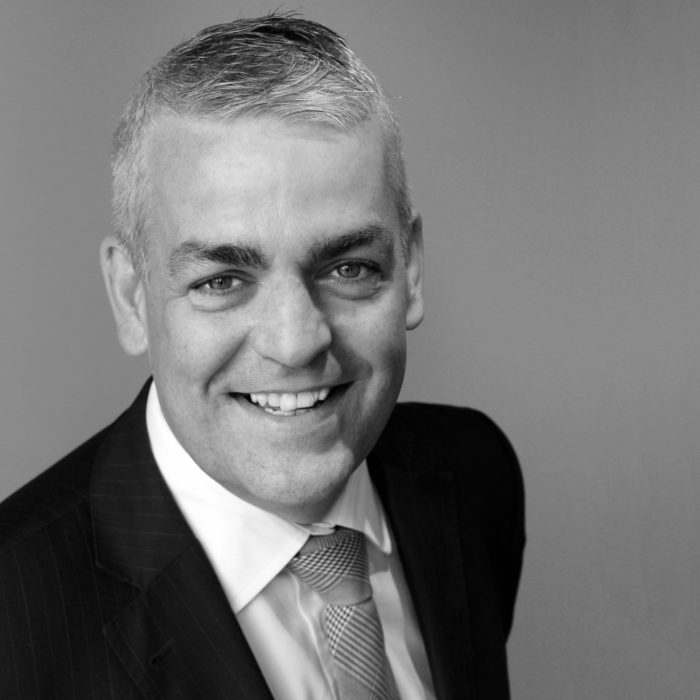 Simon White commenced his career in the hospitality industry in 1989, working his way up through the industry for various hotel chains in Australia before moving to New Zealand in 2001 where he commenced working for Rydges Hotels & Resorts (EVENT Hospitality and Entertainment). 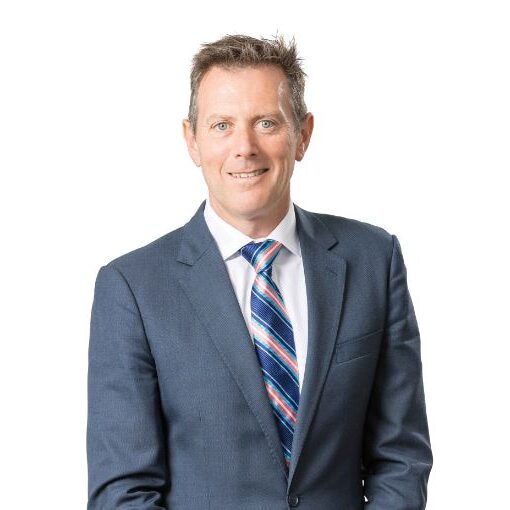 Michael grew up in the hotel business when his family founded the Commodore in December 1971 when Michael was only 4 years old.

Michael attended St Bede’s College and then Christchurch Polytech before going on to complete a Traineeship with the Tourist Hotel Corporation.

Gaining experience at the Hermitage Mount Cook, Wairakei Resort Taupo and the THC Te Anau, Michael also worked in Australia for Park Royal and Travelodge before returning home in 1994.

After a stint in the UK working at London’s Cumberland Hotel. Michael became General Manager at the Commodore in 1998.

Michael works in partnership with his two brothers Ken and Thomas. The Patterson brothers have a strong commitment to the Hotel Industry and have grown the Commodore to become a 160 Room property. They also entered the Queenstown market four years ago purchasing the Queenstown Park Boutique Hotel.

Michael is married to Michelle and they have a busy life with four sons. 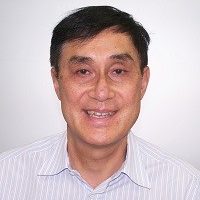 Terry is asset manager for CP Group the largest hotel owner in New Zealand with 21 hotels.

Terry investigates international hotel investment opportunities for CP Group in accordance with an investment strategy and selected criteria, which is currently focussed on visitor destinations in Australia (where CP Group owned 2 hotels), Europe and Asia.

Terry has been asset manager for owners of hotels in New Zealand, French Polynesia, Samoa and Fiji.

He co-owned and operated the Horwath HTL hotel and tourism consulting firm in New Zealand prior to CP Group. Terry has also worked for 2 hotel chains based in Singapore and New Zealand. 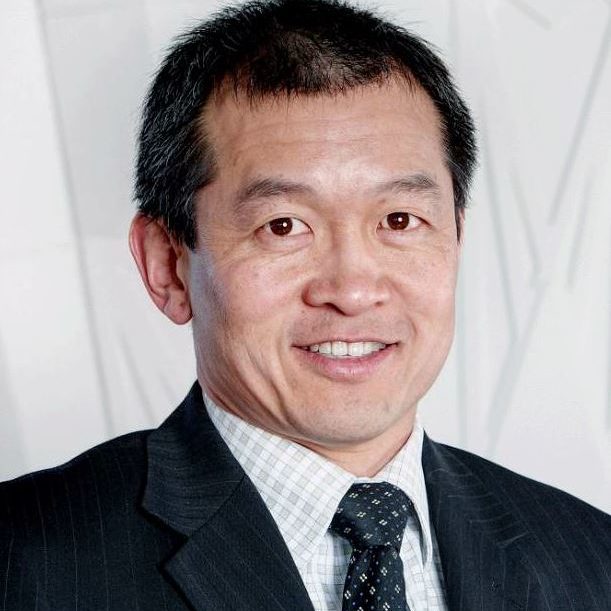 Graham has been the Chief Executive Officer since July 2012, and is responsible for the Heritage Hotels’ extensive portfolio of properties and brands. Graham has over 30 years’ experience in the hospitality industry, 21 years of these with Heritage Hotel Management, initially in finance.

Graham is well respected within the industry and holds strong relationships with stakeholders, owners, industry specialists including media and consultants. In recent years he has extended his responsibilities to industry advocacy, serving on the CARP group (Commercial Accommodation Rate Payers) and now as a founding board member of the NZHOA (NZ Hotel Owners Association). 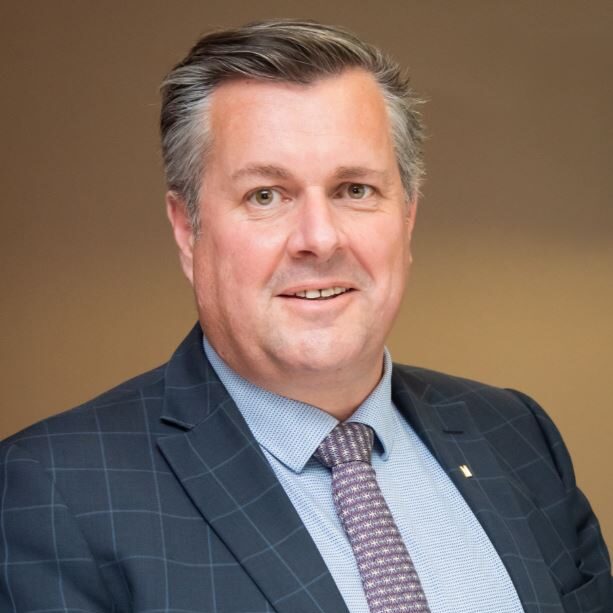 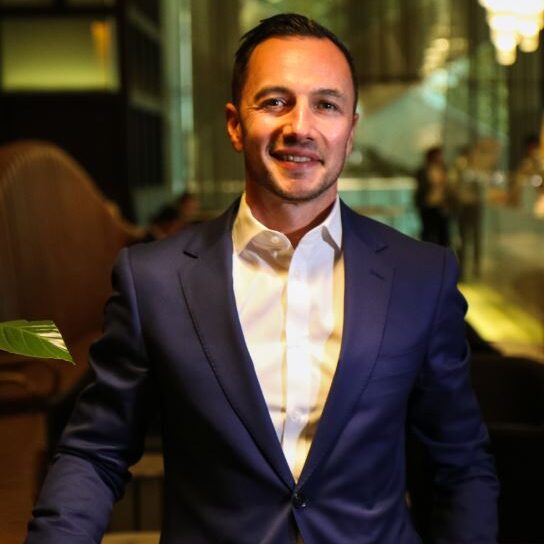 As Group General Manager SKYCITY Hotels, Brad oversees The Grand and SkyCity, as well as the recently opened Eos by SkyCity in Adelaide, and the soon to be opened Horizon Hotel which is part of the New Zealand International Convention Centre project.

A proud Hotelier and positive advocate for the sector, Brad brings authentic and inspiring leadership, and a focus on looking after “our people” during this challenging period.

Brad strives to ensure key decision makers and the public better understand the value of the hotel sector. He describes this as not just in the commercial sense but through the breadth of magical experiences hotels curate for visitors, the amazing career pathways the sector creates, as well as the overall benefits hotels bring to the communities they operate in.

Brad started his Hotels career with Heritage Hotels more than 20 years ago with various frontline roles in both Auckland and Queenstown. From 2001, Brad worked in senior operational roles for De Vere Hotels in the UK including London, Edinburgh and Newcastle.

When returning to New Zealand in 2005, Brad was part of the pre-opening team at The Grand by SkyCity before moving into the world of revenue management, firstly at SkyCity then with Starwood Hotels for the pre-opening of the Westin Auckland Lighter Quay in 2007.

From 2008, Brad spent four years with the Blackstone Group in Auckland converting residential apartments into short stay Hotel style accommodation. In 2012 Brad returned to SKYCITY Entertainment Group when he took up his current role as GM Hotels.

Brad has played many roles in supporting New Zealand’s Hotel sector and is also a keen supporter of career pathways, including being on the Pacific International Hotel Management School (PIHMS) advisory board since 2015. 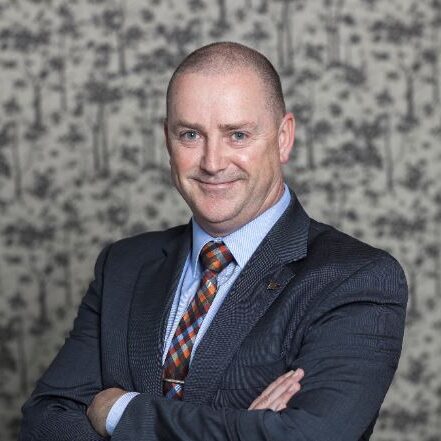 Les Morgan is the Chief Operating Officer of Sudima Hotels/Hind Management. The Group has an annual turnover in excess of $60m NZD and is currently is experiencing a significant expansion including several new Hotels under development. Sudima Hotels was awarded New Zealand’s Supreme Tourism accolade in 2019.

His background includes experience in Hotels in both the UK and NZ with several of the world’s leading Hotel brands. Les is a previous winner of the Westpac ‘Excellence in Leadership’, ‘NZ Hotel -Senior Hotel Executive of the year’ and the recipient of Tourism Industry Aoteroa’s, ‘Industry Champion’. 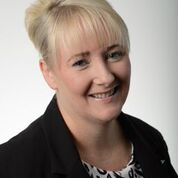 Gillian was appointed to the role of Senior Vice President Operations for Accor New Zealand, Fiji and French Polynesia in April 2017, based in the Accor Regional Office in Auckland.   This is a critical strategic role for the company and having in-country presence assists the organization with improved delivery, stronger relations and greater cultural respect and support for our teams and the countries we operate in.

An experienced hospitality professional across a variety of senior roles in the past 20 years, Gillian has been Area General Manager of Operations for Victoria, Tasmania and South Australia and then more recently Vice President Operations, West Australia since rejoining Accor in 2012.

She is responsible for managing Accor Hotel’s interests in the region – In New Zealand specifically this comprises of 40 hotels, in excess of 4500 rooms over a suite of brands. The portfolio ranges from the luxury of the Sofitel and SO/ through to the ibis family of economy brands as well as the Pullman, MGallery, Sebel, Grand Mercure, Novotel, and Mercure brands.

With a passion for improving hotel performance and service delivery, Gillian adds value with clear ability in the areas of coaching, mentoring and people development.   Fiscally and people orientated and with a genuine passion for the industry, she lives by the belief that no one person makes a hotel or corporate office, it’s the team that builds the character and supports the delivery of a high level of key metrics of achievement. Personalised, genuine service that is individual in nature making memorable experiences is the goal. Together we are stronger and can achieve so much.

Gillian leverages her past experience engaging at both operational and strategic levels of performance for the hotel and tourism industry in New Zealand, Fiji and French Polynesia. In challenging times Gillian understands the need to look for alternate ways, re-invent and ensure for the care and well-being of our people and colleagues. The industry will recover and being able to influence and assist to steer the way is an honor. 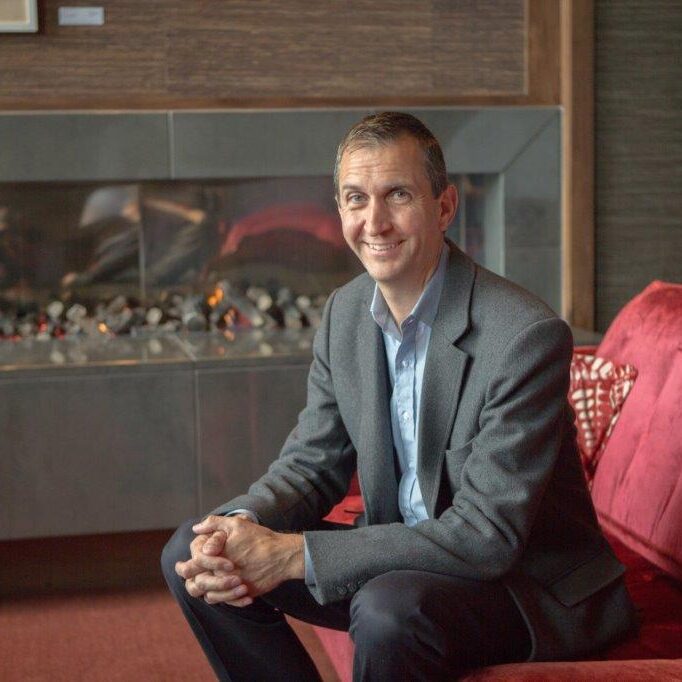 A Vancouver native with more than two decades experience in Europe, the Middle East and Australasia, Ehmann has a solid grasp and personal enthusiasm for the tourism industry.

He held in various positions with the InterContinental Hotel Group for six years including Assistant Manager, Acting Director of Human Resources and Front Office Manager. Ehmann first joined Hilton Worldwide as Director of Operations for Hilton Bucharest in Romania in 1998 and held senior positions for the group in Dubai, Cairo, Adeladie, Malaysia and Thailand.

Having served two years on the Board of the Adelaide Convention Bureau, he brings with him experience to support and help position Queenstown to compete on the world stage of meetings and business whilst creating the destination profile to international buyers.

Ehmann graduated with an MBA from Henley Management College in Oxfordshire, England in 2001. He since furthered his studies at the Cornell-Nanyang Institute as well as the International Institute for Management Development in Lausanne, Switzerland. 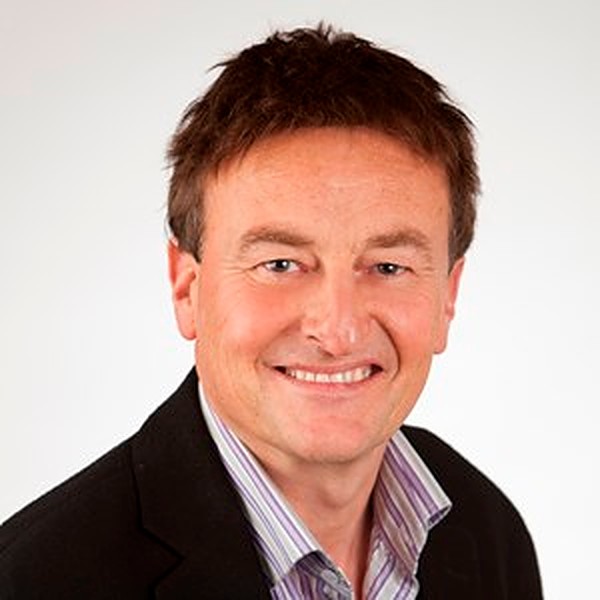 Kevin Gough has 40 years’ experience of working across many sectors of New Zealand tourism.  He has a strong career profile in tourism management, leading teams in sales and marketing, with a recent focus on commercial accommodation.

Kevinis passionate about New Zealand tourism and a supporter of Qualmark since its inception in 2017.  Prior to that, Kevin spent 20 years as General Manager of Best Western Hotels & Resorts, Golden Chain Motels and TOP 10 Holiday Parks – all Qualmark partner chains.

Kevin also held the position of General Manager of Southern World Vacations Asia between 1993 and 1995, as well as Sales and Marketing Manager for attractions company, NZ Experience, between 1995 and 1997.

Prior to that, Kevin worked in a variety of roles for Tourism New Zealand for 16 years including being their first dedicated C&I Manager.